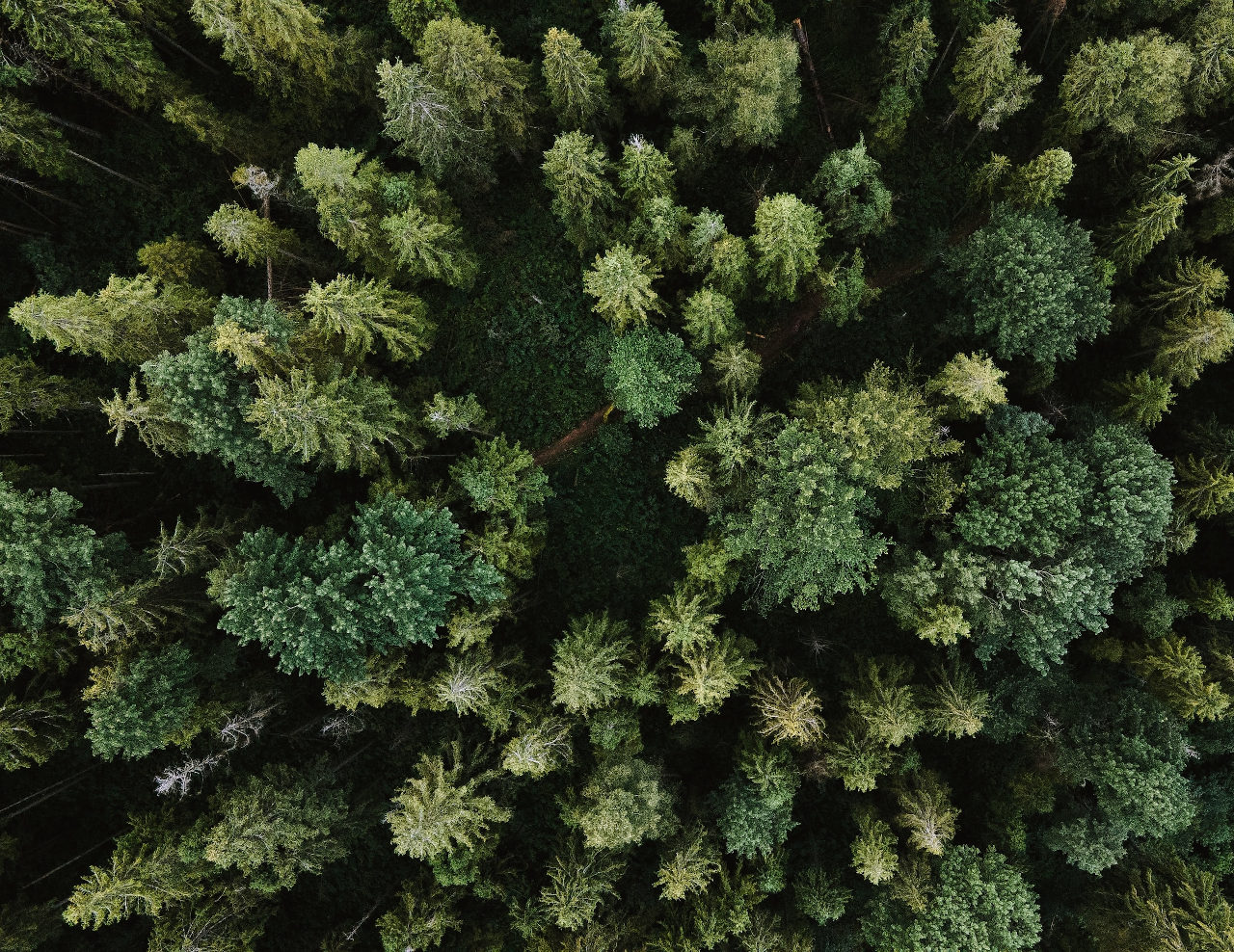 It’s hard to overstate the importance of trees. They are the lungs of the earth, filtering and transferring carbon into oxygen. While trees didn’t exist for the first 90% of earth’s history, their arrival about 400 million years ago, albeit in a different form from those we see today, transformed the planet into a utopia for living things. Before trees, earth was home to fungi that could grow as high as 26 feet tall. The first known tree was a leafless, fern-like plant.

Trees have fed, housed and otherwise nurtured countless creatures over time — including us. Despite our reliance on trees, we tend to take them for granted. We clear millions of forested acres every year, often for short-term rewards despite such long-term risks as desertification, wildlife declines and climate change. The planet has 46% fewer trees than it did 12,000 years ago. And without our help, the disappearance of trees will continue.

Here are some other interesting facts about trees:

❏  A tree can be as big below ground as above. While most roots stay in the top 18 inches of soil, they can grow above ground or dive a few hundred feet deep. The root system of a mature oak, for example, can be hundreds of miles in length.

❏  Trees are the longest living organisms on earth – some bristlecone pines and sequoias are 5,000 years old. The last woolly mammoths died about 4,000 years ago. When you cut a tree to a stump, it rarely means it’s dead.

❏  Tree rings indicate more than a tree’s age – they can also reveal the occurrence of natural disasters such as volcanic eruptions or drought events.

❏  Trees can save up to 25% on your housing energy bills as they provide shade in summer and windbreaks in winter. See also FAQs.

❏  Trees defend themselves against insects by loading their leaves with chemicals (phenolics) and can also signal danger to other trees to start their own defenses. Trees in a forest benefit their neighbours by sharing nutrients through an underground “internet” built by mycorrhizal soil fungi.

❏  Trees help us reduce our stress levels by releasing phytoncides. When we breathe them in, they reduce blood pressure, lower anxiety levels and increase our pain threshold. A walk down a tree-lined street is beneficial to our mental well-being and helps us feel kinder toward others.

❏  A mature tree can absorb 48 pounds of carbon dioxide each year, store it and release oxygen back into the air. In Chicago, for example, trees remove more than 18,000 tons of air pollution every year. Trees also have a knack for soaking up soil pollutants. A sugar maple can remove 60 milligrams of cadmium, 140 mg of chromium and 5,200 mg of lead from the soil per year.

❏  Mature trees can consume 40 gallons of water per day but many others consume more. A large oak, for example, will drink up 100 gallons a day or about 40,000 gallons/year – that’s how much flows from its roots to its leaves, which release water as vapor back into the air. A giant sequoia consumes up to 500 gallons daily.

❏  There are about 3 trillion trees in the world today consisting of 60,000 different species, 58% of which are indigenous to specific countries. More than half of all tree species exist in one country – Brazil.

❏  Mature trees in a well-landscaped yard can increase the value of a house by almost 20%.

❏  Trees grow from the top not the bottom. A branch will always be the same height as it was the day it emerged from the trunk. Many trees shed their lowest branches as they grow.

❏  Different parts of a tree grow at different times throughout the year – foliage grows in the spring, trunks grow in the summer and roots grow in the fall and winter.

❏  Adding one tree to an open field can increase its bird biodiversity from almost zero to as high as 80 species. Native trees create vital habitat for a variety of wildlife, from urban squirrels and songbirds to bats, bees, owls, woodpeckers and fireflies. A large oak can drop 10,000 acorns in one year – a major food source for more than 100 animals.

Perhaps you now have a better appreciation of the value of trees … they enrich and sustain living.